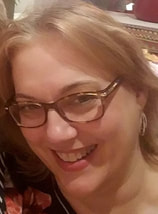 This is Ms. Gilleece-Reilley’s 24th year with the Braintree Choral Society. Se served as an accompanist for 23 years and this is her first year as Director.

Susan has had the opportunity to work with many choruses, soloists, and orchestras throughout her career, including the Bel Canto Opera Company, The Quincy Symphony Orchestra, the Choral Art Society of Scituate, and the Bridgewater University Alumni Chamber Choir.

Her love of musical theater began at age 15 when she started her own musical production company, C & G Productions.  Since then, Susan has directed and accompanied hundreds of performances throughout the Boston area, served as musical director for Foxboro High School, and accompanied performances with notable theater groups such as The Company Theater of Norwell, Fiddlehead Theater of Westwood and the Massasoit College Theater Group.

Between 2000 and 2010, Susan was a piano instructor in the Braintree Public Schools piano conservatory program, and has taught private instruction to hundreds of students.  Taking a hiatus from her teaching, Susan has returned to her classical piano studies in preparation for a solo performance.